As a third generation family business, we are committed to preserving and protecting the earth’s resources for generations to come.

As it turns out, the warehouse was slated to be demolished to make way for an auto dealership on the property. We studied the layout and history of the building and determined that the building was perfect to be repurposed and rebuilt on an already prepared site on our Reeseville campus. As Caine Warehousing has acted as a General Contractor on it’s own buildings for many years, we were able to marshal our own personnel, and subcontractors to de erect the building, truck it to Reeseville where we cleaned, sandblasted and repainted the frame and other mechanicals and made it ready to re erect on our campus.

Benjamin Franklin is credited with coining the phrase “do well by doing good”. In this case, using outside the box thinking and an eye toward helping our environment, we were able to acquire a warehouse with mechanicals that was perfect for our situation while saving hundreds of tons of material from scrapyards and landfills. 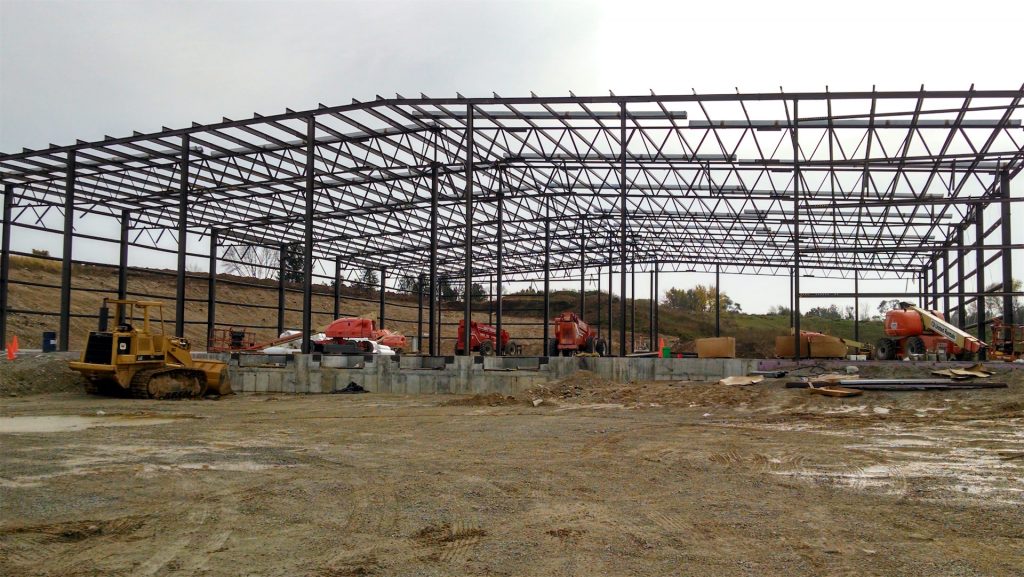 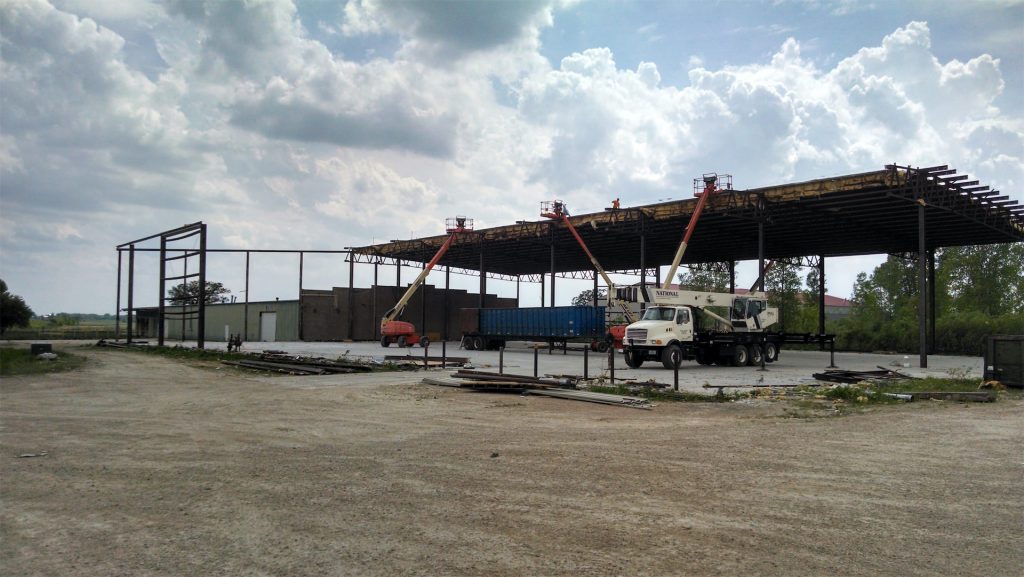 Caine Warehousing and its employees are committed to being good stewards of the earth’s resources and to give back to a community and a great nation that has allowed us to use our talents and work ethic to operate a business that provides good jobs for it’s employees and quality services for it’s customers.

From the use of LED lighting with motion sensors, reclaimed heat from refrigeration processes and intelligent controls on motors and refrigeration systems to extensive resource recycling, data capture methods that reduce paper use, and Smart Way certification of our trucking fleet, we are constantly working to reduce our resource dependence footprint.

We are currently in the early stages of exploring installation of large rooftop solar arrays and also updating large, older refrigeration systems to VFD controlled compressors with state of the art smart controls. We are committed to continuing to explore ways to reduce our stress on the earth’s resources.

How we can help your business

Call or email and you will be in touch with a real person who is experienced and understands our industry and can offer practical, economical, and professional solutions to your warehousing, logistics, and distribution center needs.